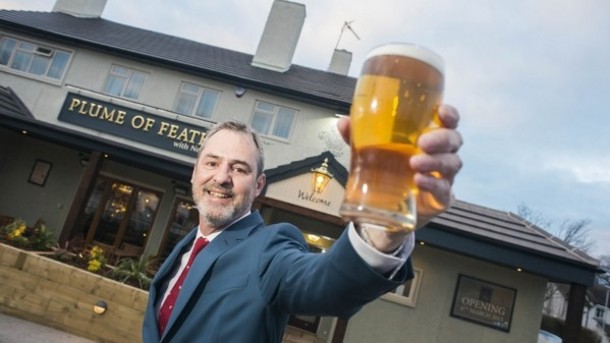 It’s 2017 and Happy New Year to you all. With many businesses looking ahead to the new year, the importance of fire prevention becomes ever more important. Fire safety is not an exact science or precise set of rules. Fires occur in the most unusual of circumstances that often only a specialist could anticipate. This blog concentrates on the fire risks in pubs.

DB Fire Safety has recently been highlighting the dangers of tea towels after a spate of pub fires. This bizarre phenomenon was highlighted after a recent fire at pub in Nottinghamshire.  The resulting damage was so extensive that the business was forced to close for 12 months. It was later reported that the cause of the fire was tea towels, soaked in stain remover before washing. What had happened here was that the staff had not realised that the fat combined with the detergent would cause the towels to self-combust.

Still not convinced? Last May, a pub in Rutland suffered damage after the tenant left a number of warm tea towels at the bottom of the dryer drum. An hour later and the first floor of the building was ablaze.

Thanks to – Men Behaving Badly star – Neil Morrissey, people are starting to learn a little more about these dangers. His pub fire, at the Plume of Feathers, lead to the actor issuing a warning about the dangers of exploding tea towels.

A similar event could occur if placing cleaning cloths in tumble dryers. Even if ‘washed thoroughly’ in a washing machine, they are still likely to contain flammable residue from polishes and other cleaning materials.

But unfortunately, all too many pubs still run the risk of fire by not ensuring their staff are fully trained in fire safety or risk prevention. Although this blog has concentrated on tea towels, there are many other fire risks in pubs. DB Fire Safety provide training to staff in general fire safety awareness.

Training courses are usually held on client’s own premises, although, from time-to-time, open courses are held at our training centres in Grantham and Peterborough. We also offer E-Learning courses that might prove a better option.