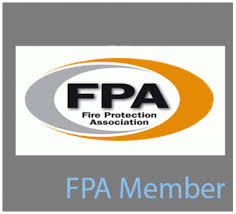 DB Fire Safety was interested to read recently in www.peterboroughtoday.co.uk that Peterborough City Hospital has still not

complied with instructions from the region’s fire service to make the hospital safe.

According to Peterborough Today, the Cambridgeshire Fire and Rescue Service has issued an Enforcement Notice on the Peterborough and Stamford Hospitals NHS Foundation Trust after becoming aware that defects at the hospital are four times worse than previously found.

The Enforcement Notice was issued on the 22nd March.  There is remedial work to be carried out but, in the meantime, the fire service will work with the hospital managers to ensure that the risks are reduced as far as practicable.

The work to rectify the situation will have to take place at the same time as the hospital continues to perform its duties to its patients.  With this in mind, the work will not be completed until February 2019.

You will be pleased to learn that the hospital has a fire detection system in place and its evacuation process has since been reviewed.